This year we hit up Venice for Carnival.  It was amazing.  I hope to share more, at least pics, soon.

But in case I don’t get around to it because the Year of Togetherness has decimated blogging around here, I at least wanted to address something that I wondered a lot about before our trip.  I’m talking bout strollers.

Should we do no strollers?  Two umbrellas?  The double?  The hiking backpack?  I spent more hours than I care to admit pondering what to do about this.  The good news is that now I’ve pondered so you don’t have to.

Why all the pondering you ask?  In case you aren’t familiar, Venice has a lot of bridges.  Like a lot a lot.  You can go decent distances without needing to cross one, and we noticed that the bridge by the Bridge of Sighs has an added ramp.  But then you’ll need to cross three narrow ones in fairly rapid succession.  You can’t get away from them. 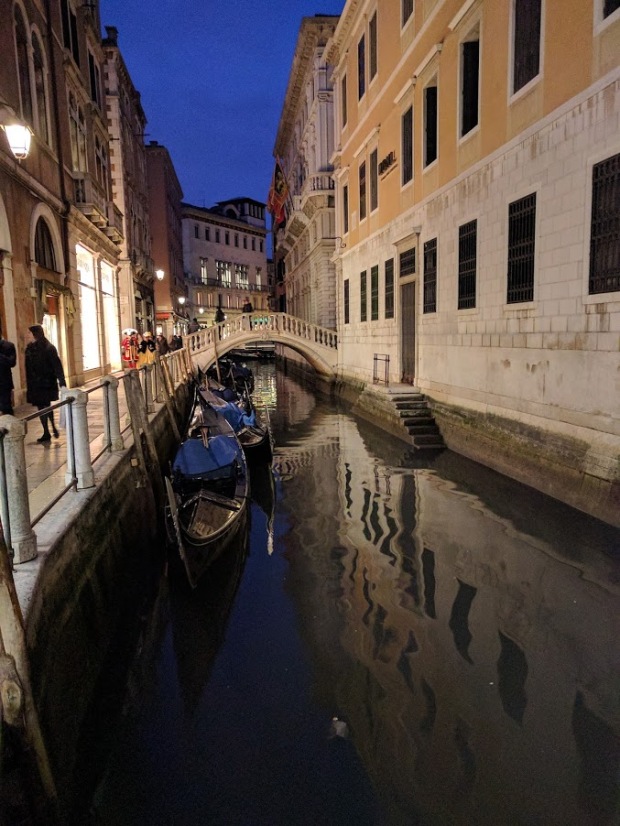 (On the whether my kids were going to fall into a canal, I was pleasantly surprised on how that went down.  Most canals had decent railings.  Some bridges had rails with only a top and a bottom where a kid could definitely fall through the middle though.  Buyer beware.  It was a nice plus that I didn’t have to worry about any cars whatsoever hitting the kids.)

I think it all comes down to your kid to adult ratio.  Can those adults easily heft the stroller?

For one kid to two adults, I wouldn’t hesitate to stroller.

Unless you have a teeny tiny baby and you enjoy baby wearing, I’d probably go ahead and take a stroller for a young kid and two adults.  Especially if there is a chance that your kid might take a nap while you enjoy some Pinot Grigio on the piazza.  It’s nice to have somewhere to put the kid.  We saw people semi-frequently doing the two person up and over the bridge.

(As a side note, streets in between bridges are stroller decent.  Not uncomfortably bumpy for the kid or difficult to push.)

If your kid can walk itself over the canal, I still might take a stroller.

This is what we ended up doing.  We brought an umbrella stroller that we would push up to the edge of a bridge and then told the kid to get out.  This usually worked fairly well.  I probably bumped some people holding Mac’s hand and carrying a stroller on the other side on narrow bridges, but it was fine.

You do have to think about what to do if the kid falls asleep.  Which brings me to my next bit of advice . . .

For more than one kid, think about whether each adult can maneuver a strollered kid over the bridge alone.

I discovered I could do this pretty easily with Mac in the umbrella.  Henry was a little more tricky.

I’m sure you could always do some version of moving the kids over working together and leaving a kid on the other side.  But a lot of the bridges were narrow accompanied by narrow streets which means they were sort of choke points.  Possibly not the best place to park your kid for a few seconds.  Just something to think about.

About the Hiking Backpack . . .

This was helpful, but I’m always mixed on this thing.  I can’t carry it myself.  James CAN do it with Henry in it, but not very far.  Because we had the one umbrella and the backpack, there always seemed to be tension about who was going to go where. 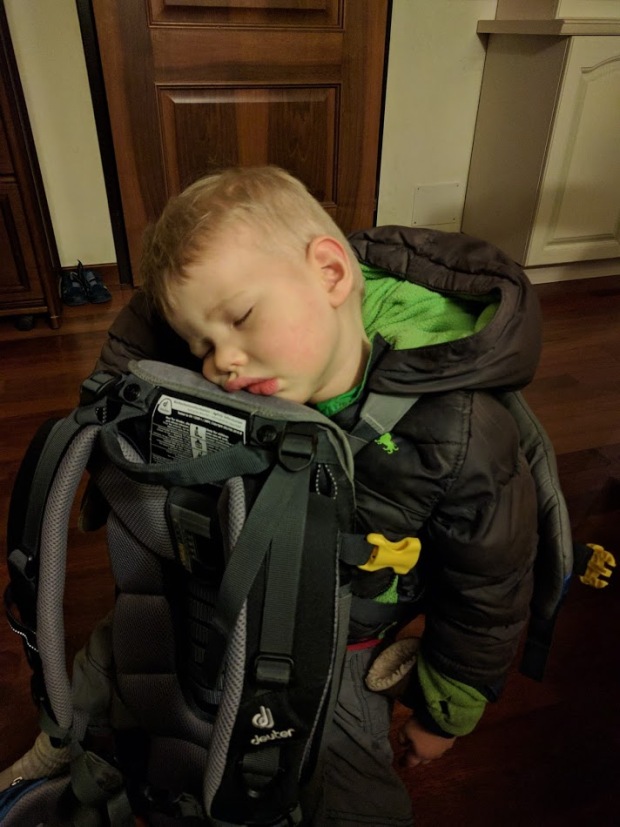 To his credit, Henry did a TON of walking that was incredibly helpful.  To his detriment, Mac decided that ALL he wanted to do this trip was to play stroller derby AKA run the empty stroller around himself.  It looked like that kid was bowling for tourists.  If I’d known this in advance, I might have just skipped the stroller after all.

P.S.  If are looking to travel light, you could always rent a stroller there.  MamaRent looks like a pretty fantastic option.

Did you take a stroller to Venice?  Did you regret it or glad you did?  If you have any other stroller questions for Venezia, just lemme know!

10 thoughts on “Should you bring a stroller to Venice?”