The first I ever heard about texting was over ten years ago in Germany.  I didn’t have a cell phone, but all the kids were SMS schicken.

Now, everybody texts.  I’m not great at it.  1) I tend to forget to keep my cell phone on me.  2) I like to make definite plans.  If I hear things like, we’ll text you when we’re heading out, my head might explode.  3)  I don’t like being character restricted.  This is why I do like email.  I guess I could just send ridiculously long texts, or multiple texts, but I probably wouldn’t get the type of responses I wanted and would frustrate everyone.

But now I’m back in Europe.  I have a cell phone this time.  I’m trying to make new friends.  And this seems to mean texting.

I met a really nice girl at a BBQ.  We exchanged numbers.  Her family came to Henry’s birthday party.  I meant to text her later to say thank you, but she beat me to it.  I wasn’t playing coy; I swear, I’m just really bad at this.  I agonized over how to respond.  I wanted to be witty and likeable.  I wanted to suggest making plans, but I didn’t want to crowd the text.  I may have ended up using a highly embarrassing word such as “holler.”  I immediately texted back to apologize for using the word “holler.”  You could call this a rookie mistake, but at least it felt more like me.  Doing something and then over-thinking it is pretty classic Melissa.  It worked!  She laughed.  Or at least her text said she did.  We had a nice conversation.  This reminds me, I probably need to text her again . . .

Another new friend texted out of the blue to say she had a song stuck in her head.  This made me feel nice.  Someone is thinking about me!  I then spent way too much time agonizing over a response.  The takeaway: texting is not just for making plans.  I should reach out more just because I feel like it.

This weekend continued the “dating” adventures.  Saturday was supposed to be a group date at the zoo.  But the other people couldn’t make it.  It would have been the perfect setup in a romcom, but in reality, it was just more screaming toddlers.  I think it went well.  We may get to go out again sometime.  Henry had fun.  The zoo was pretty cool.  (And you know I changed diapers on a bench. #placesmysonsjunkhasbeen)  You can get very close to an exhibit with more than 40 monkeys.  I could have watched them all day.

Ready to see some animals 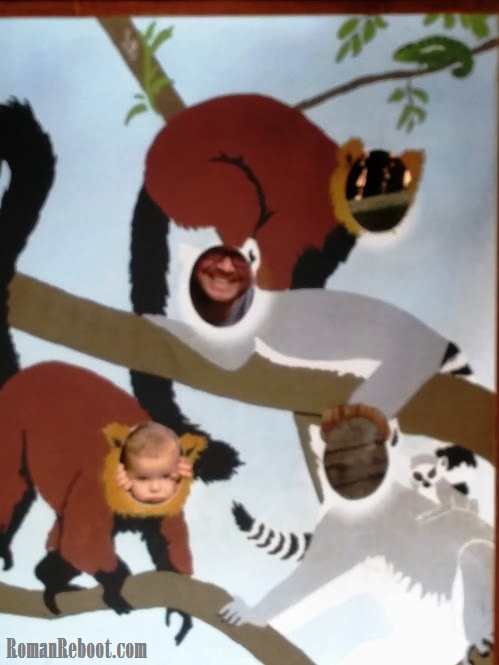 Sunday was the speed dating.  Really more like a mixer, I guess.  The Ladybirds English-speaking playgroup had a kickoff lollipop hunt at Villa Borghese.  I came with a friend, but we were determined to mingle.  It was a tough room.  Picture about 50 kids running around with parents running after them.

But I did meet a few nice people.  No numbers exchanged, but we talked about connecting on facebook and I’ll hopefully see them at the weekly playgroup. 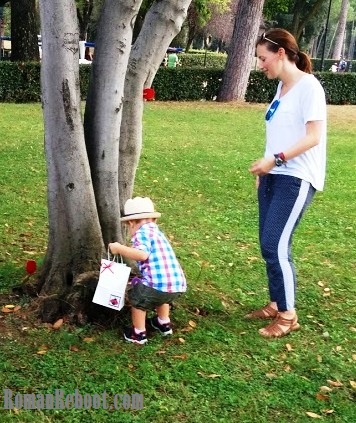 In sum, I will work more diligently on this modern thing known as texting.  But I’m glad I met James before it took off.

One thought on “So this is modern dating?”