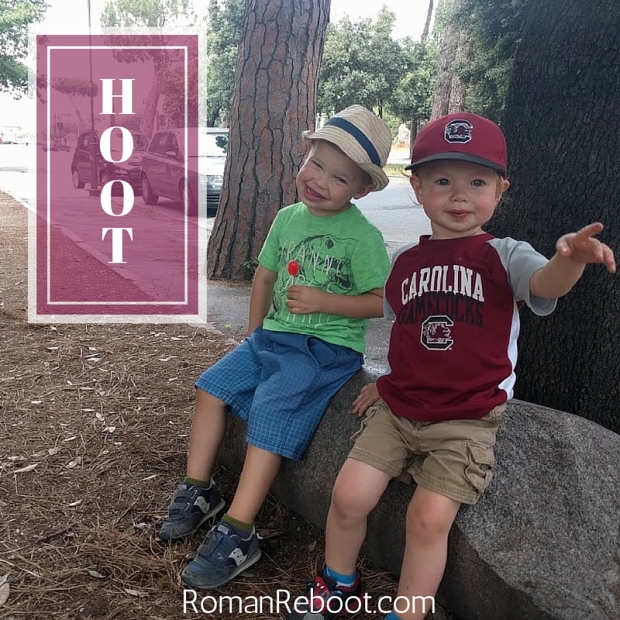 Me: (clearing away Legos to make a space to sit and put the baby)
Mac: MOM! Stop wiping away our process.

Me: (After Mac releases his beetle friend) There he goes. Hopefully he’ll find some bug friends!
Mac: He needs to mate!
Priorities.

James: So, if a camel with two humps is a Bactrian camel, what do we call one with one hump?
Mac: Front-trian.

Henry: You actually should stop talking.
Me: That’s not very nice.
Henry: Uh, because of your voice.
Me: (with a very hoarse voice) You make some good points.

Henry: (going into a cave) We’re going in THERE? you better suck it in, Dad!

Mac: Why can’t Lord Garmadon and General Grievous be friends?
Four armed dudes need to stick together I suppose.

Henry: (singing Angels We Have Heard on High) Gloooooooooria. In an enchanted stable.

Me: (Overhearing the tail end of am involved solar system debate)
Henry: (to Mac) Martians are from Mars and Vinos are NOT a thing.

Henry: Banana
Banana
Orange you glad an apple came along and wiped out all the other fruit so I could be next?

Henry: We’re all fighting a monster (Shows all the family)
Me: Oh, you drew the baby! Aww. Is he holding a flower?
Henry: No, he’s holding a chainsaw. 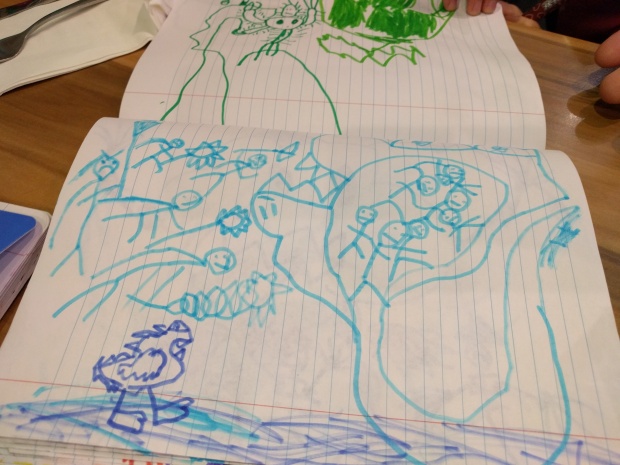 Me: Do you need any help opening your Laughing Cow?
Henry: No, it’s really easy. You just pull this red tab . . . And the laughing has begun!