Henry says some pretty hilarious things.  I’ve been told that I used to say hilarious things once, but my parents didn’t write it down and cannot remember even one witty anecdote.  Inspired by YHL’s Clara Conversations, I wanted to share some Henry-isms as I collect a critical mass. 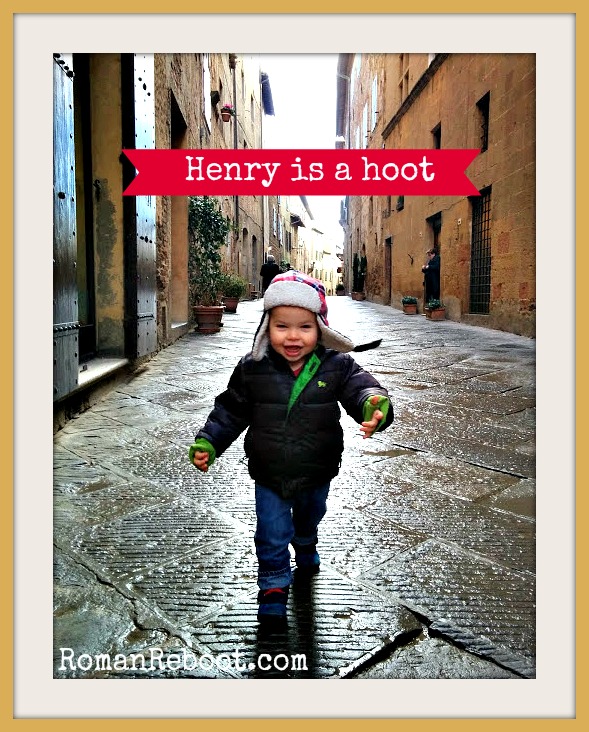 Henry:  (After sitting on the toilet so long that his legs fell asleep) owowowow, my shoes are going to melt off!

Me:  (To James) Henry’s teacher said Mac looks just like me.
Henry:  No, you do not look like Mac!
Me:  What?  Why not?
Henry:  His shirt is a totally different color than yours.

Me: (heading into tourist site)  Now Henry, what do you do if you need to pee?
Henry:  I tell Mommy or Daddy that I have to pee and then you say YOU HAVE TO PEE and I say yes and then . . . (remainder of response drowned out by my cackling.  He’s not wrong.)