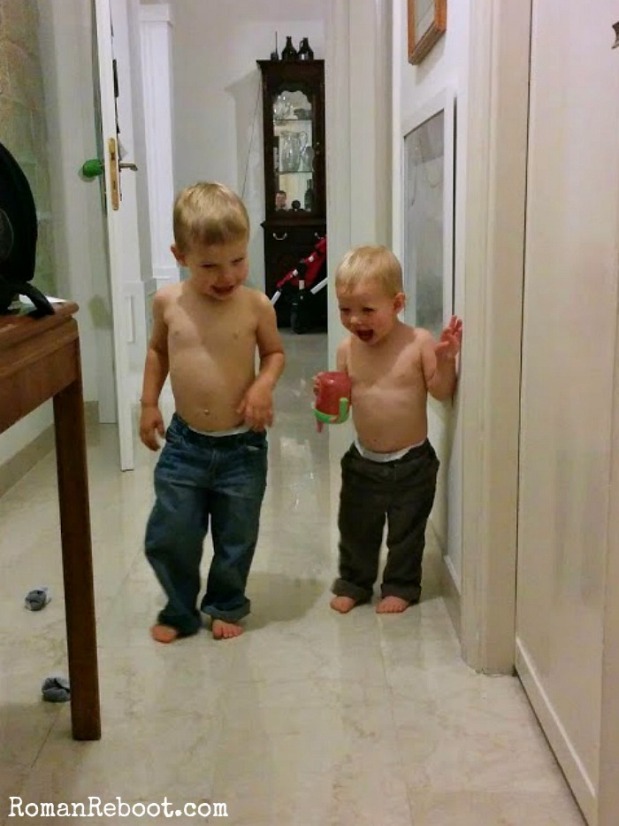 I’ve been out of sorts lately.  Our schedule is in flux.  Henry has stopped school for the year (more on that decision here), but he’d be on summer break right now anyway.

We’ve been hitting the pool and any other water-related outing we can think of.  I feel like I’m constantly in a wet bathing suit.  I’m not complaining.  It’s just different.

We’ve been trying to beat the heat.  I consider it a success if gelato consumption is no more than once a day.  And it hasn’t been every day.  It just feels like it sometimes.

We are seeing friends, but a lot of people are on the road.  Kids are out of school.  It’s just different.

Turns out, I’m having some problems with it.

My usual routine keeps getting off in other ways.  If I’m going to the pool, I don’t need to shower in the morning.  Might as well not get myself sweaty with a workout either, right?

It’s summer!  Why not stay up a little later.  Have a glass (or three) of sparkling rose at the lake.  I can sleep in a little, right?

All of this “freedom” and attempts at being “easy going Melissa” results in weeks where I don’t exercise, write anything, or feel good.  At all.  Just like the avalanche of awesome can make it easy to get back on track, it is also easy to spiral and derail.

But it’s vacation!  This stuff should make me happy, right?

I’m learning, very slowly and little by little, that it really doesn’t.  It drives me nuts that it takes me so long to figure this stuff out, and I am kicking and screaming all the way, but I know it’s true.

I felt like this a little bit during our vacation to Sicily earlier this year.  In the early days, things especially weren’t going our way.  Henry was having lots of potty accidents, which was pretty out of character for him.  (Like he rage peed all over the cafe on the ferry.  Fun.)  It seemed like no one was sleeping great.  It felt like we were spending a lot of time in the car.

That eventually got better, but I still felt out of sorts.  And I felt REALLY bratty about it.  Oh, woe is me, on my AMAZING vacation to Sicily where I just can’t seem to shake my bad mood.

I know this.  I know this stuff makes me happier than wine at night and sleeping in and throwing the schedule out the window.  I know it, but I still fight it.

Actually I RAGE against it.  It really irks me that a glass of wine can mess up my mood the next day so much.  It doesn’t seem fair.  Then knowing it makes me feel crappy and doing it anyway just makes it worse.

For now, I’m just trying to enjoy myself.  The pool is only open a few more weeks.  It will cool off eventually.  Henry won’t be back to school, but I will figure out a schedule that works for us.

But sometimes it doesn’t feel like that right now.  Henry keeps waking up early and not napping, and I feel like I have no time to myself.  I can go a whole day without touching the computer.

I think I got cocky.  You will NEVER ever hear me say that I have this parenting thing figured out.  I don’t and I wont.  I think though that I was feeling a certain amount of comfort in our day to day.  Mom hubris.  So, of course, the kids threw the playbook out the window.  Henry with the whole never sleeping thing.  Mac is acting more like a typical two year old.  The kid who asks my permission to poop is now rifling through drawers, getting into everything, and running away from me while laughing over his shoulder.

I can’t control the kids, but I can control me.  So that means I need to wrap up my mental vacation, tame my sugar dragon, and start setting my alarm in the mornings again.

You guys will hear variations on this theme until the end of this blog.  Knowing what is good for me, fighting it, succumbing, falling off the wagon, repeat.  Eventually the cycles may get shorter.  Self knowledge doesn’t seem to be making it easier.

(After listening to Henry parroting me, I’ve realized I say “man” and “come one” way too much.  Apparently.)