On Saturday, we visited Villa Torlonia.  It has a rich history, but I was mostly intrigued because this was Mussolini’s pad from 1925 – 1943.  He rented it from the Torlonia family for one lire per year. 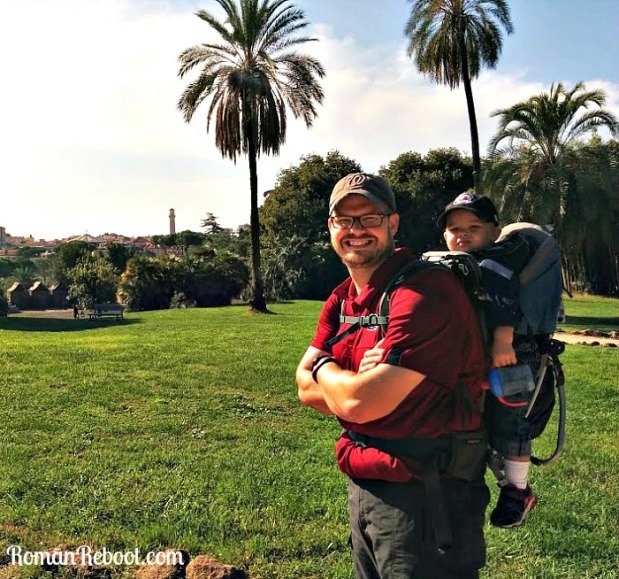 This was the backup plan.  I originally concocted grandiose plans of taking various forms of public transportation down to the Colosseum.  But after I constructed a plan, I realized it sounded miserable and scrapped it for a walkable destination.

So, you want to see Mussolini’s house?  BAM. 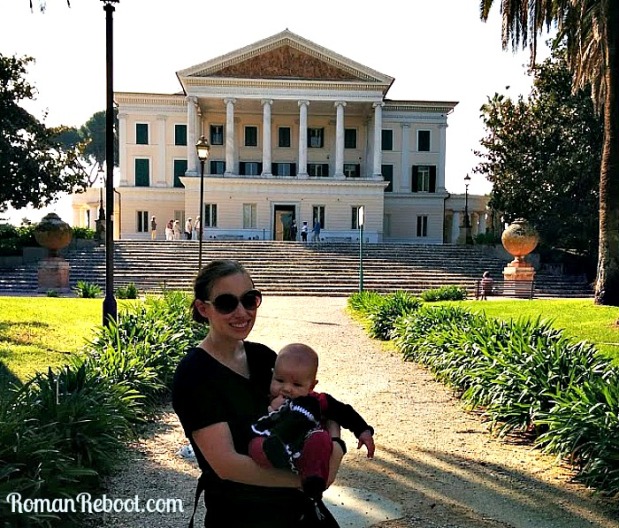 You want to see the back of the house?  BAM.

The villa, which is basically a park, had a lot more to offer.  For example, the Casina delle Civette (House of Owls) is a random building that served as a “respite from the main property.”

It’s folly-rific.  Called house of owls because of the random owl stained glass and other decorations. 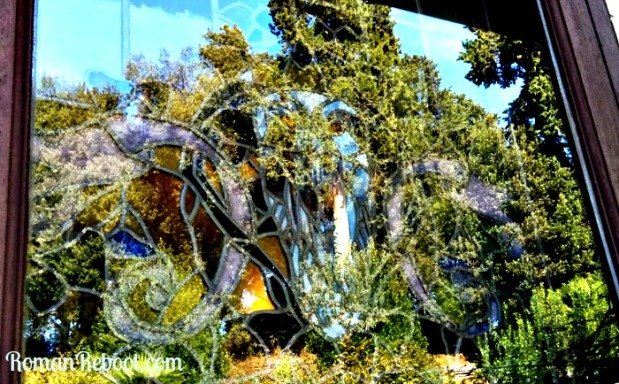 We didn’t go inside the House of Owls.  Or Mussolini’s house.  I wanted to, but someone had other plans. 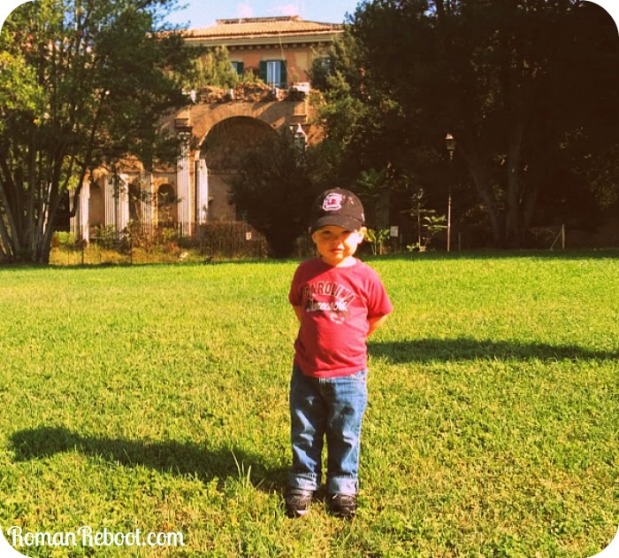 Basically, tickets cost money and would have covered both houses.  We probably could have managed to tour one without meltdown, but I didn’t want to pay for both houses and then only make it through one.  If we pushed, we could have done both, but would have ended up with cranky, hungry people at the end.  (Not just the toddler.)

And Henry was having such a lovely time with the palm trees.  After he initially didn’t want to go into the palm grove because it was “too dark,” he found some giant palm fronds and conscripted his father into service.

So this is the dilemma.  This is always the dilemma.  On the one hand, we saw something new and were having a lovely day at the park.  On the other hand, it would have been nice to see more.  We were already there.  The tours might have been fine.  Or they might have turned an otherwise fun outing into a disaster.

The question is always when to push.  When to go for it.  And when to just enjoy a nice day.

This time we opted to relax.  Which worked for me.  At least that day.  I just need to remind myself to go for it sometimes.  When it makes sense.  When we really want to.  It will always be easier to do less.  But sometimes we need to do more.