Guess who still refuses to crawl and is now one year old??

Mac had a pretty swell birthday.  I mean, he didn’t tell me he enjoyed it or anything, but I think he had a good time.  Recap on birthday numero uno below.  Or just watch this video.  It covers just about everything.  Thanks Google+!

Mac woke up early so I didn’t get to run in and terrorize him with the birthday song, as per tradition.  (For his recent birthday, James delighted in being awoken from a peaceful slumber with my phone pressed to his head blaring the birthday song.  What can I say?  We make birthdays special ’round here.)  I did get to play Mac the song while he was sitting on the kitchen floor.  At first, he was all “why are you guys just staring at me” but then he started his signature Mac dance bob.

Mac was fortunate to be able to celebrate with his grandparents.  We took pics with the birthday banner.

Not our best family photo

We went on a birthday adventure.  We took the subway for the first time to St. Paul Outside the Walls.  Stunning and huge.  More on this one later. 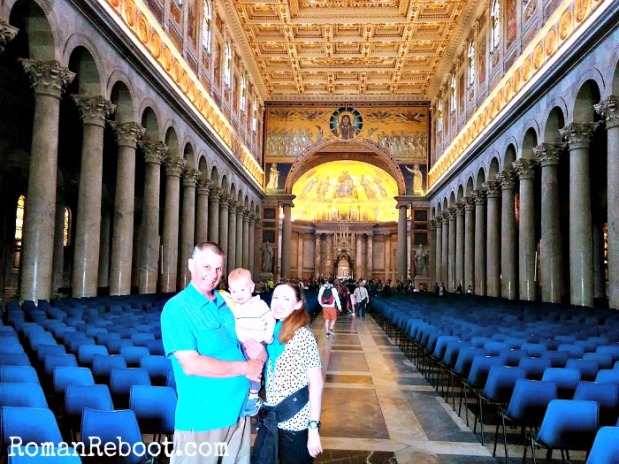 And the main event:  cake!  James made a chocolate cake with homemade frosting and a separate smash cake for the birthday boy.

He went for it.  Instantly.  No hesitation.  Fistfuls of cake straight into his mouth.  Like to the point I almost worried about needing to take it because he was eating so much cake.  As if taking cake from a chocolate-covered cake demon would ever be advisable. 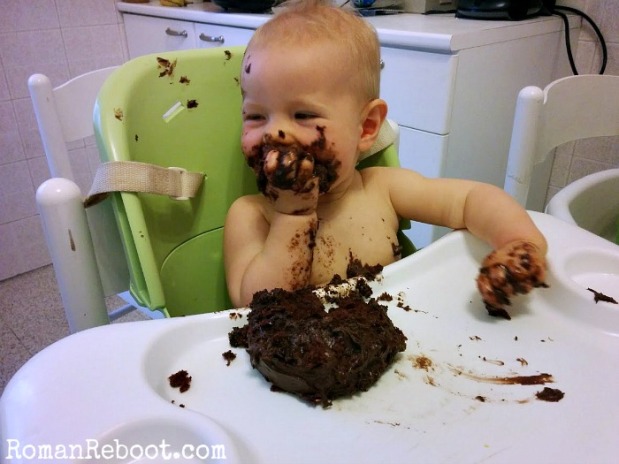 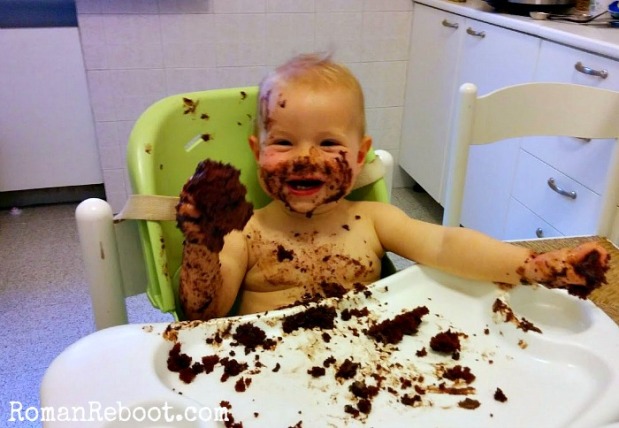 They were some of the happiest moments of his young life.  Sadly, the high was followed by a definite low, as cleanup was inevitable.  Mac howled while he took a shower, but I think he’d tell you it was worth it. 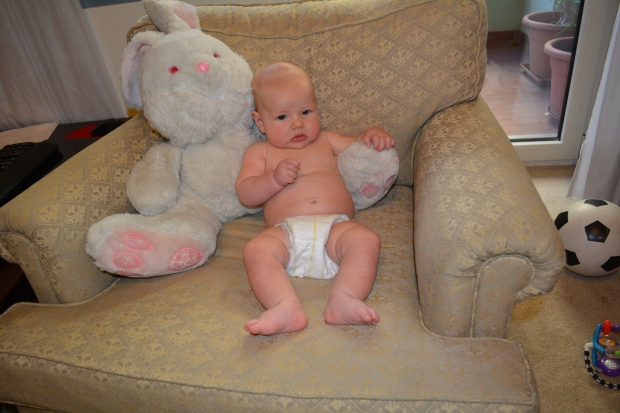 5 thoughts on “Happy birthday to Mac!”