So this is a bit late.  Black Friday has passed.  Cyber Monday too.  Also, everyone I know that would buy gifts for my kids I think has already done so.

I think these are solid ideas, and I’ll be referring to this list for the next few years if anyone has questions.  So here we go.

I think the kids are finally old enough that they would be ready for a subscription style activity.  I’ve been trying to use our time after school together better.  We only have two – three hours between school and dinner/bedtime, and these hours can be tough.  The kids are drained from a day at school.  It can be a bad scene.

Also, now that art isn’t constantly just worrying about the next mess, I’m ready to tackle some more projects with these guys.  Having someone else put together stuff for the project?  Sounds pretty great to me! 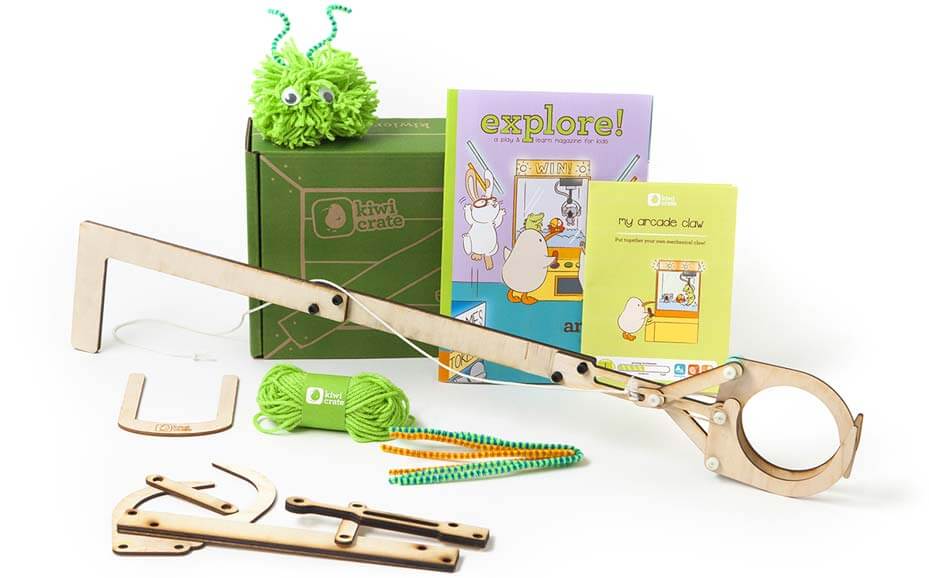 I know the kids would get a kick out of having a continuing treat show up in the mail.  Kiwi Crates seems to be the OG fun in a box service.  Given our love of travel, I’m also intrigued on Little Passports.  I may just end up getting one of these for the kids myself.

Speaking of gifts that keep on giving, my kids LOVE magazines.  Like a lot a lot.  It’s like getting a new book throughout the year.

I get it.  I fondly remember my ZooBooks from back in the day.  It is pretty cool.

I’ll tell you a secret.  We love them too.  Why?  Because they are pretty perfect for travel.  The magazines are small, light, and it’s not the end of the world if something happens to them.  This means that we don’t hand the magazines over right when they arrive, but the next long car ride or plane trip?  BAM.  New magazine.  And it’s amazing.

I will admit that while magazines aren’t sexy to unwrap under the tree, we have found them to be a great gift all year long. 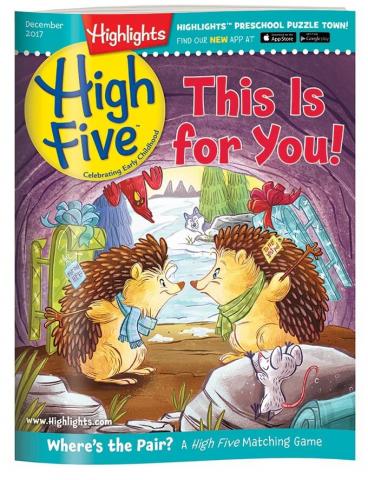 Right now the kids get the junior Highlights magazine High Five and Little Nat Geo.  I’d recommend these to anyone for sure.  (They also get Lego Club just based on past purchases.  And they really enjoy reading the Lego catalog, but that’s another story.)

Looking for more magazine ideas?  Looks like some fun ones here and here.

Speaking of Legos . . . you knew this was coming.  We have moved on to “tiny Legos” or just regular Legos as the rest of the world knows them.  (We haven’t gotten rid of our Duplos and they still see some action, but it’s all about the tiny Legos.)

I will admit that even I’m getting sucked in.  I think some of it is just the kids’ capability level.  Some time in the last few months Henry has figured out how to follow Lego instructions.  Pretty much for any age level.  He’s actually better than me.  No joke.  If we’re doing a build together, the best thing I can do is to hunt for the next piece he needs and then get out of his way.

(It’s weird, but I’ve actually found that I enjoy sorting Legos more than I enjoy building.  Finding like pieces.  Creating order out of chaos.  I know, I know.)

The boys’ current favorite thing to do is the Let Me Go store at Great Eastern mall here.  You pay hourly and get to build all kinds of different sets.  The kids love it, and I can even drop them off to get some shopping done.  I wish that Great Eastern had more shops and restaurants I liked, but that’s another story.  🙂 #Legomallforlife

They are into any set they can get their hands on, but super heroes (particularly Batman), Nexo Knights, and Ninjago are all current favorites.  I should come up with a spreadsheet of our existing sets in case anyone asks.

I’m also starting to eye different Lego storage methods.  Henry has admitted that having Legos sorted makes builds much easier.  Lego enthusiasts seem to swear by these models below.  Apparently you want something that will separate, but is also easy to dump.  For example, our tray with color dividers is lacking in this important aspect.

For our sanity, I think we’re going to have certain Legos that are available for free play, but the big sets will have to stay separate.  For example, the Tydirium Shuttle is finally rebuilt and not in the general mix.

So I’ve been asked at times how I handle toy clutter.  For me it’s not just about having fewer toys, but also fewer kinds of toys.  I’d like to pick a few things to really double down on.  Legos are one.  Magformers are another.

I really enjoy building with these, and I think the kids will be enjoying them more and more now that they are both for free play and for following instructions.

They definitely aren’t cheap which is why I’m hoping to slowly build the collection over the years.

Any sets are great, but the kids have been talking about the Ferris wheel.  (Fascinating.  The Ferris wheel was the comeback to the Eiffel Tower.)  And we’d love to get our hands on some hexagons.

Last but not least.  The kids have plenty of books, but we will always always say yes to books.

Have you finished your holiday shopping?  Just getting started?  Any big ideas for your kids this year?  Have you figured out some way to store all your Legos?

One thought on “Gift Guide for Preschoolers”