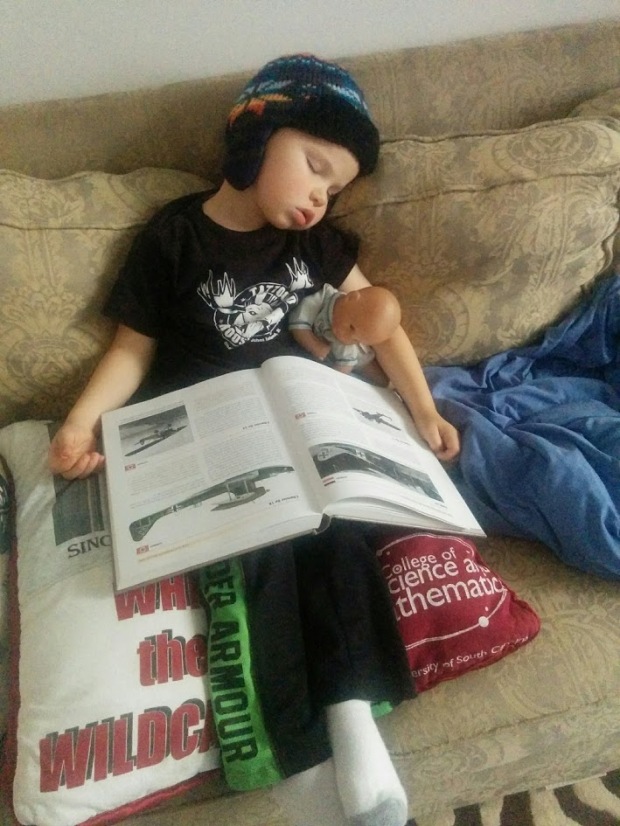 The other day I was listening to a podcast where one of the hosts mentioned having excellent sleep hygiene as a goal for 2017.  (I would link it here, but I don’t remember at all which one it was.  Maybe Balanced Bites?)

Sleep hygiene, of course, being things like no screens before bed, going to bed at a certain time, having your room pitch black and interruption free, etc.

We really struggled with Henry this fall around when he turned four.  He dropped his nap (mostly), but then he started getting up crazy early and going to bed late.

This somehow led to a bad cycle.  Now he gets up super early, but he’s tired in the afternoon.  So he either crashes somewhere or he’s crazy cranky.  Then, because he napped, he isn’t tired at night and he stays up too late.  Not sure why, but then he gets up early again instead of sleeping in.  Repeat.

Mac isn’t quite as bad, but, because they share a room, he gets pulled along for the ride.

I have essentially rearranged the house so that Henry won’t bother us when he wakes up in the morning.  Not kidding on this.

But last night, as I was going to turn off Henry’s light, (which he turned on after being put to bed) I found him in the living room.  At 10 pm.

I can’t deal with this.

I’ve tried half-hearted attempts to put them to bed earlier in the hope that sleep begets sleep or whatever that theory is.  I’d say it didn’t really work, but I’d also say I didn’t give it a fair chance to take hold.

Today we are trying a more nuclear option.

(Because I do everything all or nothing.  Everything.)

Both boys had no nap today.  It is just after 6:00 pm, and they have already had a bath and dinner.  James just got home from work and is reading them a story.

I’ll let you know how this works out.

1)  We’ve always had family dinner.  I hate to lose that.

2)  This doesn’t give James as much time with the kids.

Any advice?  What am I supposed to do with these yahoos?

3 thoughts on “Sleep hygiene for preschoolers”